Are you looking for a cheap, poorly made, underpowered ultrabook? If yes, then the Samsung Chromebook is for you!

It may be a bit slow, and it may be rough, but I love this thing. It is amazingly fast considering it has the processor from a 10” tablet. The 1366 x 768 display has a narrow viewing angle but is otherwise quite nice. The chromebook weighs 1.1kg and has a 6 hour battery life.

The chromebook I like, and ChromeOS even grew on me somewhat, but I bought my chromebook to run Linux.

Converting the Samsung Chromebook to Ubuntu

First I tried Crouton, which is a side-by-side Ubuntu with ChromeOS, but the Ubuntu experience was third rate. I had better luck with ChrUbuntu, which is an Ubuntu installer for Chromebooks. The default installation works well but I was left with some minor issues.

After installing ChrUbuntu the trackpad will be rubbish. It is not hard to find a fix on the internet. After running that fix my trackpad worked great. In fact, it is one of the best trackpads I have used.

The terminal was driving me nuts. The up arrow didn’t retrieve history and tab completion didn’t work. So I posted a question on the usually helpful askubuntu where unfortunately my question was closed, because apparently ChrUbuntu is not an Ubuntu.

Could have fooled me. 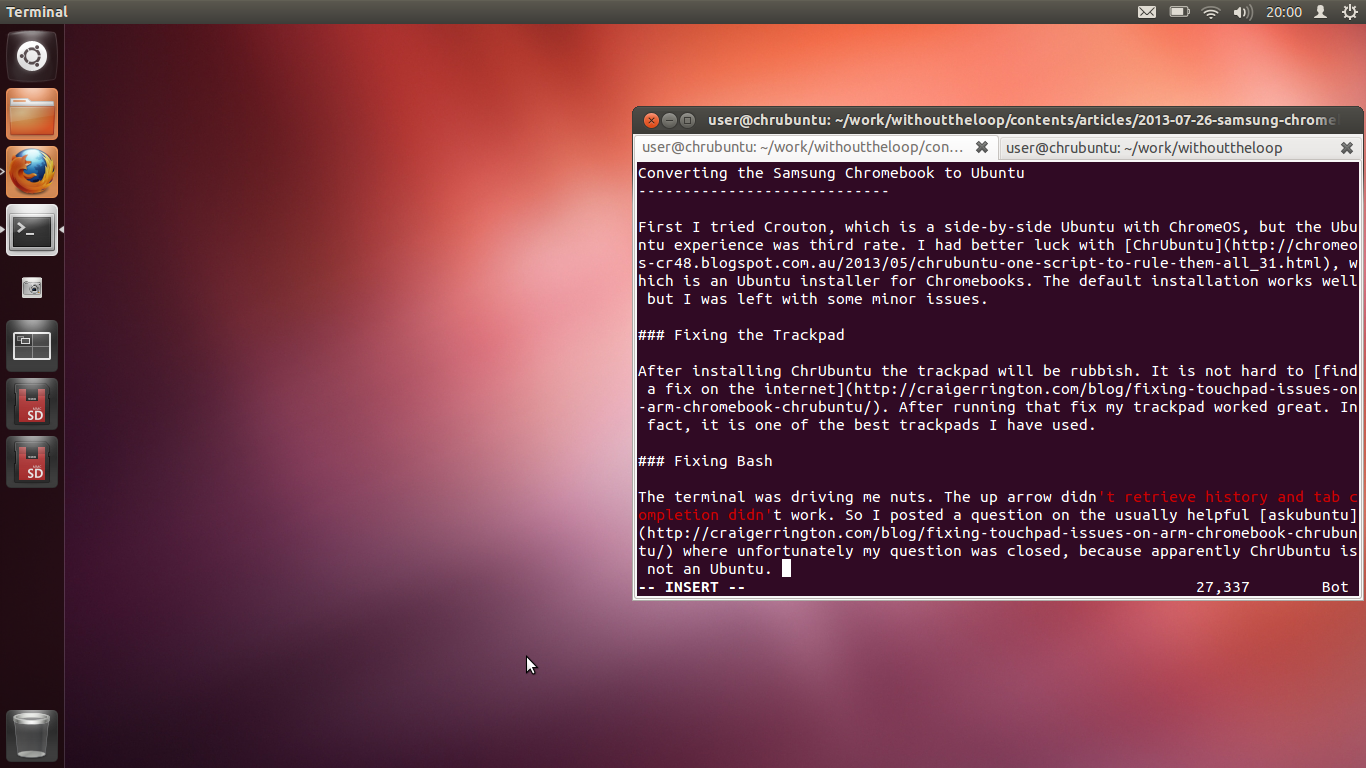 Anyway I found the solution myself. The problem is that ChrUbuntu doesn’t use bash for the terminal. So install bash:

then set bash as the default terminal: