My favourite podcast at the moment is Sam Harris’ Waking Up. Recently Sam interviewed William MacAskill about the effective altuism movement. Effective altruism “applies evidence and reason to determining the most effective ways to improve the world”. An example is the organisation givewell.org that researches and ranks charities by the positive effect that would be achieved by increasing their funding. They currently identify 4 top charities based on “the value of filling their remaining funding gaps, which derives from the overall quality and cost-effectiveness of the organization’s work, as well as what additional funding will enable the organization to do”.

Sam and William gave an example of the moral culpability of 18th century French nobility, who protected their wealth while the people starved. The contention was that this is no different to the 1st world’s neglect of our poorer cousins. There was also an interesting discussion about an idea attributed to Peter Singer, that to let people suffer and die in other countries whom we could have helped (as we all do, every day) is morally equivalent to seeing a person drowning and doing nothing. All of this reminded me of my good fortune and responsibility to help other people how I can.

I have three children, currently aged 4, 2 and < 1. I want to teach them that all lives are equally valuable, and that the way to their own happiness paradoxically requires them to balance their own needs (toys) with the needs of other people. To this end I decided to involve them in an effective altruism project. I selected the top two charities from givewell.org, added on of my other favourites (Ronald McDonald House) and printed representative images on a sheet of paper.

Here is the graphic that I showed to my two eldest kids: 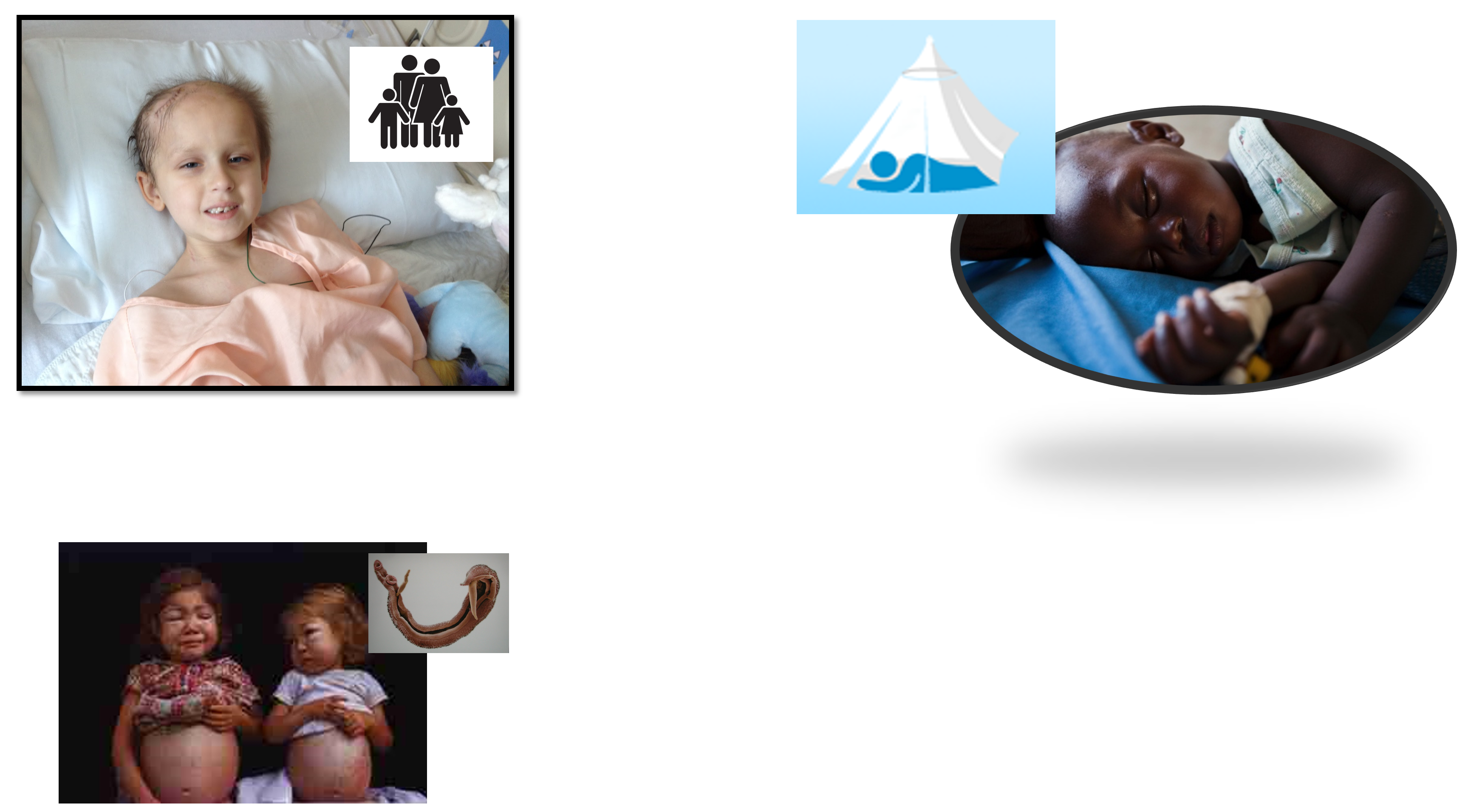 I gave each person in my family two coins, representing the contribution we can make to the three charities and asked them to place their coins where they would like their contribution to go. Both children placed coins on the girls with parasitic worms. One also chose to support Ronald McDonald House. Once my wife and I added our choices there was a fairly even distribution across all three charities and we had all had the opportunity to actively participate in the process.

I have now made payments to each charity, according to the ratios determined by my family and will keep them informed of the results.

I believe the children empathised with the groups we discussed and understood that helping them consumes resources that we will no longer have for ourselves. My eldest child was initially alarmed because he assumed it was an all or nothing transfer. He asked me, “how will we buy things from the shop?”. When I explained that we will have enough left to be able to continue to buy things from the shop he was satisfied.

Our donation to Against Malaria has been allocated to an early 2017 distribution in Uganda. I will show the kids where Uganda is on their map and also let them know when their nets have been distributed to families.

Overall I think the process was successful and I hope to do it again in a few months time.